When you feel nauseous or begin vomiting, it’s usually due to a sensation that originates in your body’s central nervous system. The brain is simply reacting to them and sending signals to your body to indicate there’s a problem. These signals are sent via neurotransmitters known as serotonin. Small doses of the cannabinoids particularly CBD (THC can help, too), are very effective at blocking serotonin receptors – meaning they intercept the signals before the body begins to feel nauseous. 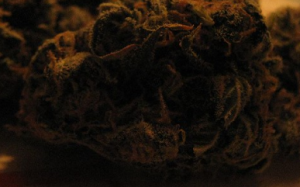 Sour diesel is an outstanding strain for mitigating nausea – and it’s one of the most common strains in America, so you won’t have trouble finding it. Sour diesel is Sativa-dominant with a strong but enjoyable head high, accompanied by body relaxation. Its THC content is somewhere around 20% and it’s effects last for a few hours, more than enough time for nausea to be suppressed. 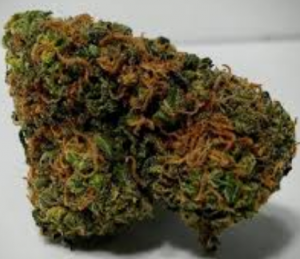 Blue Dream has similar THC/CBD content to Sour Diesel, but it leans only slightly Sativa. That means it delivers an effective body high which can relieve pain, but its relatively-robust (about 20%) THC content delivers an energetic head high and works quickly to reduce or eliminate nausea. 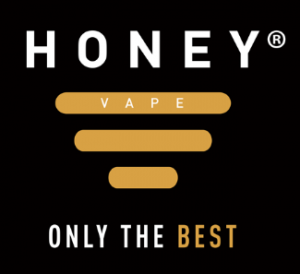 Lavender is Indica-dominant, so it hits the body hard and is likely either to put you to sleep or induce you to set up shop on the couch for a while. The THC content in most Lavender flower is slightly lower than our first two choices. Lavender is very good at treating problems in the gastrointestinal tract, which are often the cause of nausea and vomiting, so it’s should be the go-to choice if you know that you’re feeling nauseous due to stomach issues. 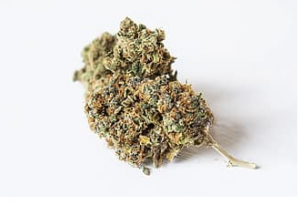 This is another strain that’s easily found, that’s Indica-dominant with moderate THC content that’s quite powerful at relieving the distress of nausea. The THC delivers a head high that’s happy and comforting, but this strain is 80-90% indica, so you’re likely to find yourself headed straight to the couch after ending your bout with nausea.